Continuing on from our previous March Meet the Maker blog, where we got to know local organic skin care specialist Katie Fisher, we decided to focus this post on the face behind the independent jewellers and craft gallery, Enki, situated in Kings Court since July 2017. Enki is a gift lovers dream, stocking unique and quirky products from unique handmade cards to funky baby clothes and even pottery.

The maker behind the brand is Faith Pope (shown in the image below), owner, curator and in-house jeweller, who can often be found repairing, creating and remodelling jewellery from the workshop. She grew up on the welsh borders in a very small town called Presteigne but has lived in Birmingham for 7 years. 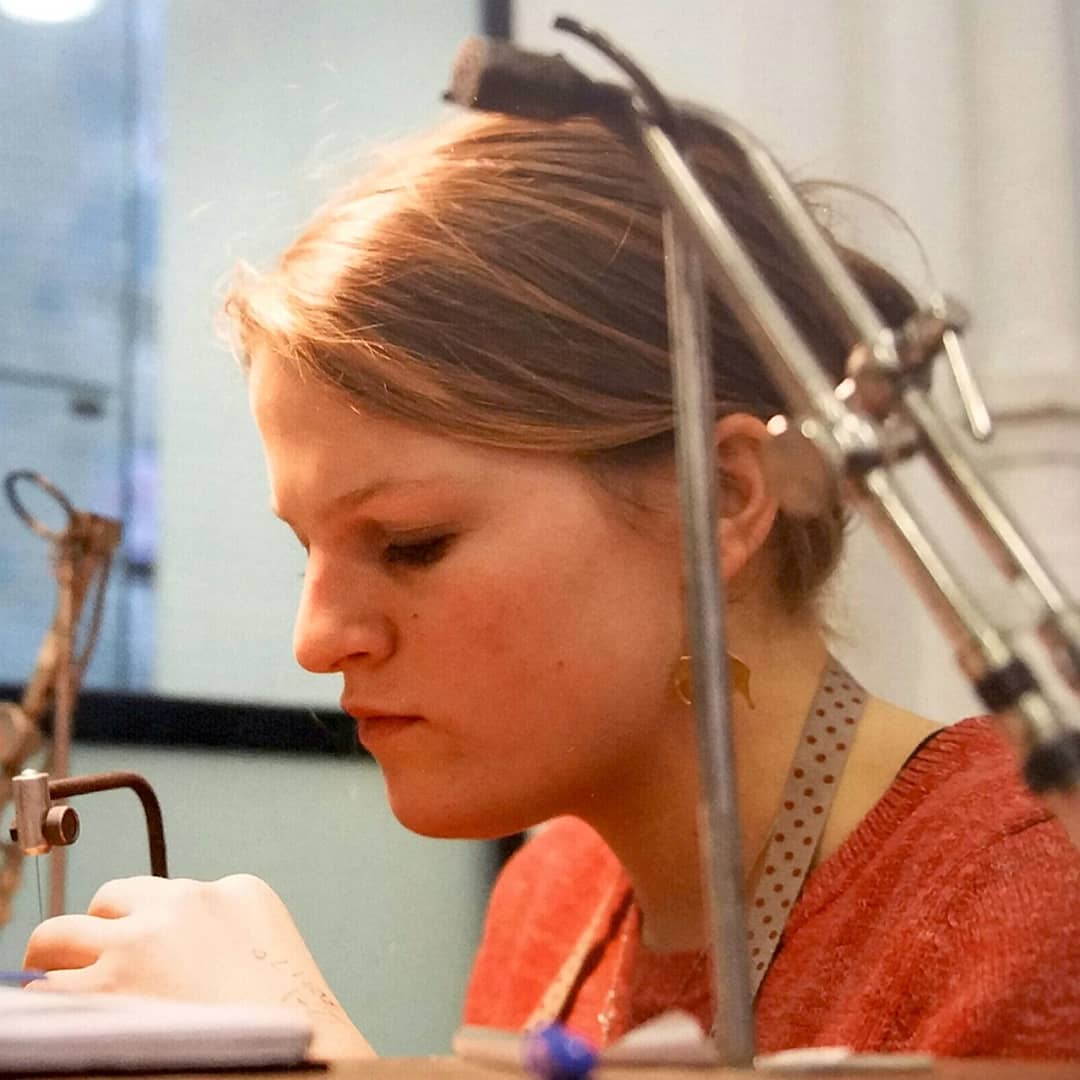 Faith has always had a passion for making items from a young age, but everything changed when she received a sewing machine on her 11th birthday. Once behind the sewing machine, Faith switched her ambitions from becoming a Human Rights Lawyer to making and designing her own clothes. It was then that her father taught her how to sew and follow a pattern, and she set her sights on her first big project; a dress for her Marilyn Monroe obsessed big sister. She started out wanting to be a dressmaker but fell in love with metalwork during her art foundation year. Faith told us that “Coming to Birmingham’s jewellery school was a no brainer, it’s the best in the country and the Jewellery Quarter has all the tools, materials and services needed to support a jewellery business, I also fell in love with the city during my time at the school of jewellery and plan on being here for life!”

The store doubles as her workshop and the name, Enki, was inspired by the Sumerian god of craft, represented as half goat half human. The logo was designed by Faith’s sister and the font was her first venture into the world of typography.

When asked why she decided on King’s Heath to base her shop/workshop. Faith commented that she has “always loved the vibe of Kings Heath, it has so many great and varied shops and it’s an honour to be among them!” Faith went on to say “I opened the shop to keep Birmingham’s jewellery heritage alive, so much manufacture has gone to Computer Aided Manufacture overseas and it’s now rare to have a proper interaction with a jeweller. The same goes for repairs, I used to work in a windowless factory doing very overpriced repairs for H. Samuel, Ernest Jones and Leslie Davies, working there was when I realised that I could provide a better service on my own! I love the challenge of commissions and repairs, every job is totally different which really keeps me on my toes! The idea for gifts and card aspect of the shop came later, I love finding all the bits and pieces to sell in the shop, and it’s a great bonus that I can support other artists.”

Look out for our next instalment of #MarchMeettheMaker…

In the meantime, be sure to give Enki a visit to see the products that were created by Faith. You can also find Enki on Instagram, Twitter and Facebook.

The Kings Heath Business Improvement District (Kings Heath BID) was formed in 2008 and is made up of over 315 local businesses and organisations.
Learn More ›